Is that the tire that I flattened on the way to Kansas City or my head as I catch up on fashion webinars given by Jane Hamill and Alyson Stanfield or is it the combine down the street going around in circles at a farm owned by friends of ours as they gather in the fruits of their harvest for the season?

Well, I wish it was the flattened almost new tire, but alas it no longer goes round and round. Yes it is my brain as I am trying to keep up with all the great ideas shared by other designers all over the world in my online classes and my little brain trying to comprehend all that I'm learning in my continuing education classes to maintain my real estate brokers license, a necessary piece since I  continue to do referrals to help friends and family out.

It's been a busy busy few months.  In August I collaborated with Wayne 'Fella' Vaughn with his collection for Omaha Fashion Week. His designs were absolutely fabulous and I was honored he asked me to join him for this event.  Was also asked to show some of my hats in DSM Fashion Week in DesMoines, IA and that was a real treat as well.

It seems of late that the demand for my hats and headpieces have been for weddings and engagement parties.  Have had a blast designing everything from a burgandy velvet vintage inspired hat to one using Paris lace for the wedding of our son in Atlanta. Two or three more are in various stages of completion. Most of these clients have found me on the internet.

Thanks to our daughter Dayna, I now have enough old bobbins to wrap with my newly acquired swiss straw braid, so that they can be neatly arranged on a shelf in the gallery. We are also preparing for our open house and Platte River Christmas coming up soon.  We hope you can all come out to see us. Would love to hear what's going on in your world. Til next time.
Margie
Posted by Springfield ArtWorks at 7:34 PM No comments:

Surprise! You haven't heard from me in a while.  I need to be more observant and keep you better informed of what's going on in this small town outside of Omaha, Nebraska.

Well Lots!!! The biggest news is that a Facebook Data Center is going to be built less than 3 miles from our gallery and hat shop. WOW! The Omaha National Cemetery is taking shape fast and there are several white headstones already in place.  It is a huge project as is the Facebook one. When you head down Highway 50 from Omaha, you will see the earth being moved on the right side of 50 and the silos are still in place on the Facebook property.  Hope they remain. The cemetery project has been going on for quite some time.

As far as the gallery and hat shop are concerned, we have been very busy making hats here at Margie Trembley Chapeaux 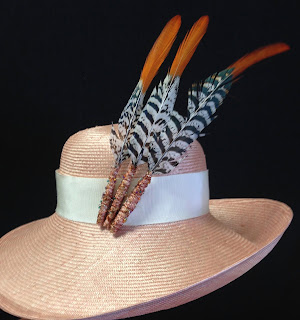 for the Kentucky Derby and Derby parties, volunteering at the World Cup of Equestrian events (jumping and dressage) held in my city (Omaha) and preparing hats for an exhibit in Wausau, WI at the Cultural Art Center. I did not apply to participate, they contacted me. One of my fellow milliner friends also has hats in this exhibit.

We were also asked to participate in the Lauritzen Gardens Spring Luncheon and one of our hats was featured plus we donated a fabulous prize of a tea party among the hats.

The biggest hat project was of my own doing.  I assembled materials for a hat challenge that I developed for a group of 9 milliners. I coined the name" the Funtastic Milliners International Group." I gathered up various materials, both millinery and non-millinery materials and various embellishments and sent them far and near to milliners in 6 different countries. There are 9 participants total. Here is the breakdown of the participants: one from Ireland, France, Australia, Scotland, 2 from the US and the rest from the UK.

This project started in August of 2016 and has just recently come to fruition. The incredible designs by my new milliner friends from all over the world are on display at our gallery, Springfield Artworks at 183 Main Street, Springfield, NE 68059. It's amazing how none of them look anything like any of the others.  It was definitely a challenge to come up with a hat that was stunning and wearable, but they all did it, me included. 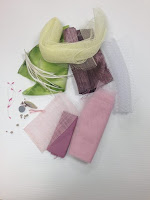 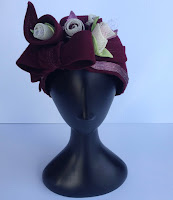 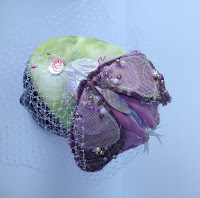 One little special event happened. I applied for membership in the Milliners Guild, Org in New York City. I was accepted and got to spend some time with the members a few months back.  I also got to explore the Garment District and start to develop relationships with various suppliers for my industry. By luck, I also got to have hats at a huge ladies convention while there and also got to attend the dedication of the Oscar de la Renta US Postage stamp which was attended by Mrs de la Renta, family members and various dignitaries.  Anderson Cooper was the MC.  That event was a most memorable experience.

I was privileged to take another workshop from Wayne Wichern in San Francisco. Who would have thought that the practice of millinery would have been so complex?

Lastly, Fella Vaughn and I are collaborating on the runway at Omaha Fashion Week. We were both excited to be selected from over 50 applicants. A little over 30 designers were selected. This is not the first time the two of us have worked together for a runway show, but the first time that we applied to participate together.  I thank Fella from the bottom of my heart for asking me. We will be showing our designs on Wednesday August 23, at the Omaha Design Center. You will be able to buy tickets at a discount through me as time gets closer so just let me know, and I can help you get that discount.

Want to share one piece of info.  Maybe you knew it, maybe you didn't. I am available to speak to your women's clubs, book clubs, luncheons, set up some hats for events or many other possible activities.  Just give me a ring at 402-301-9162.
Til next time....
Margie

Posted by Springfield ArtWorks at 5:41 PM No comments:

Yes, that's right.  No laziness here. We have been experimenting with our new product from Australia which arrive a little over a week ago. Grab the 13 yards of silk and begin playing Margie decided. The product is called Liquid Radiance and there are so many uses for all kinds of fiber artists. Immediately Margie began to mix a drop of this color and a drop of that color and she came up with some dynamite colors on her silk pieces.  Next time she will keep track of what colors she used.  It was sheer play for her as she couldn't wait to jump into the processes. Her sheep apron was the closest to her work space so now the sheep (yet to be named) has a nice little red dot on her forehead...soon to be removed!

Designs are always floating around in Margie's head so we need to get them out and implementing them.

She has been brushing up on some social media skills and she is so lucky that she has DoSpace and Metro Community College so close.  She also has taken advantage of some of the workshops provided by the Fashion Institute Guild, here in Omaha. She continues to mentor her star high school student Frank as he prepares for his first ever appearance in Omaha Fashion Week.

She also is helping hubby Glenn with his new website greekglassusa.com. Springfield Artworks is now officially licensed to produce Greek sorority gifts. He is starting small but will progress to other sorority gifts as demand continues.  Let us know if you have a sorority connection you would like us to persue.

Good Bye for now and as Margie's 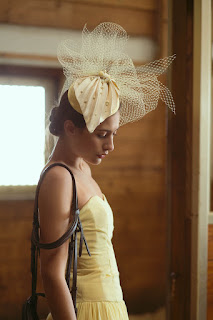 sister Judy used to say "See you in the funny papers."

Lazy Days of Summer are Not Really Lazy Around Here

Posted by Springfield ArtWorks at 12:19 PM No comments: 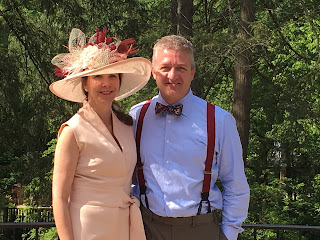 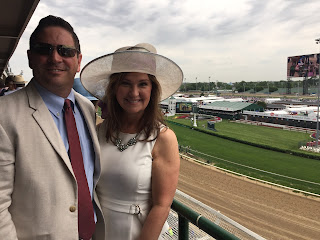 Posted by Springfield ArtWorks at 3:01 PM No comments: